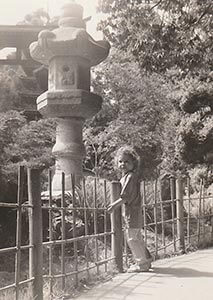 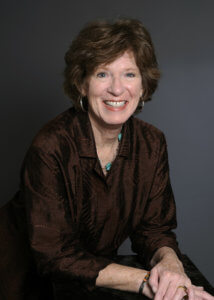 I grew up in a fogbank known as San Francisco’s Richmond district. As a child, I’d wake to the foghorns keening: A single high-pitched wail meant the fog wouldn’t burn off all day, so I’d reach for a book. So it began, my life-long love of books. Being a reader was easy, but being a writer? That was another story (pun intended), as I was surrounded by some intimidating folks in my own family. My aunt Audrey wrote mystery novels under the pseudonym Francis Bonnamy and Audrey’s husband, Uncle Jay, was a brilliant journalist for The New York Times. Uncle Dick was a rare book expert and notable jazz critic. For decades I was sure I wasn’t a “real” writer—someone with credentials and degrees—but now I realize that a writer is someone who writes.

By high school, the impulse to write went underground. I found my niche in ballet and modern dance, and, of course, dancing to Chuck Berry in the high school gym, at “Y” dances, or dances held at the local Catholic schools. As turbulent as those years were, dancing helped ground me, literally and figuratively.

After a year filling orders for PBX systems, I left California for New York City where I studied with modern dance legend Erick Hawkins. I found an apartment in a nice family slum with a tub in the kitchen and a tribe of durable roaches. Eking out a living as an illustrator for Butterick-Vogue patterns, I soon realized that darning my tights in a garret, while an improvement over the Phone Company, was not to my taste. I left New York for a more economically predictable life in Washington, DC. Here I found a civilized city not unlike San Francisco, with Victorian architecture, nearby beaches, mountains, and vineyards. For me, the trick to a happy life in Washington is to steer clear of politics and politicians. In the ensuing years, I had a varied and satisfying career in not-for-profit organizations, all the while nurturing my lust for literature, art, and dance.

I’m thrilled to be a Board member for Washington, DC’s preeminent modern dance company, the Dana Tai Soon Burgess Dance Company. They are inspirational in so many ways – check them out here: http://dtsbdc.org/

Now, I live and write in a condo with a view of the Washington Channel in DC’s new Wharf area. Yep. Downsized. My husband Richard and cat Fred keep me company, while my son Nicolas, teaches high school history and government near Fredericksburg, Virginia. My step-daughter Laura, grandson, Sam, and son-in-law, Rob live in Alexandria. Both kids are close enough to visit, but far enough away to have their own lives.

Ellen Boyers Kwatnoski is seeking representation for two novels, Three Graces and Charlie and Still Life with Aftershocks. Still Life was one of 50 semi-finalists (out of 5,000 entrants) in the 2012 Amazon Breakthrough Novel Award Contest. She writes book reviews for the Washington Independent Review of Books and belongs to the Writers Center in Bethesda, Maryland. Published in The Northern Virginia Review, her short story, “Like with Like,” was a nominee for a Pushcart Prize.

Ellen most enjoys writing stories that communicate the deepest human emotions while never drowning the reader in them. What interests her most is the tension between the uncertainty and pain of life and its everyday pleasures, triumphs, and absurdity. She enjoys exploring the intersection of the visual arts and literature, often drawing inspiration from Washington’s trove of museums, galleries, and gardens.